Current Pattern and Prior Cycle Engagements

Give or take a day, this is where the current pattern engaged within each "cycle" aka the long-term ISO component, ~57 days.

Please attempt a stare & compare method analysis by moving the maps back and forth (click image). Currently my favorite way to get GFS guidance is via Tropical Tidbits. If there are any questions, comments, or suggestions on the material presented please let me know. Thanks for reading!
Posted by Josh Herman at 11:30 AM No comments:

A Short Discussion - Second Half of April Temperature Trend

The below tweet prompted a response from @Blizzardof96 on the AccuWx Forums. Always an insightful read from him. 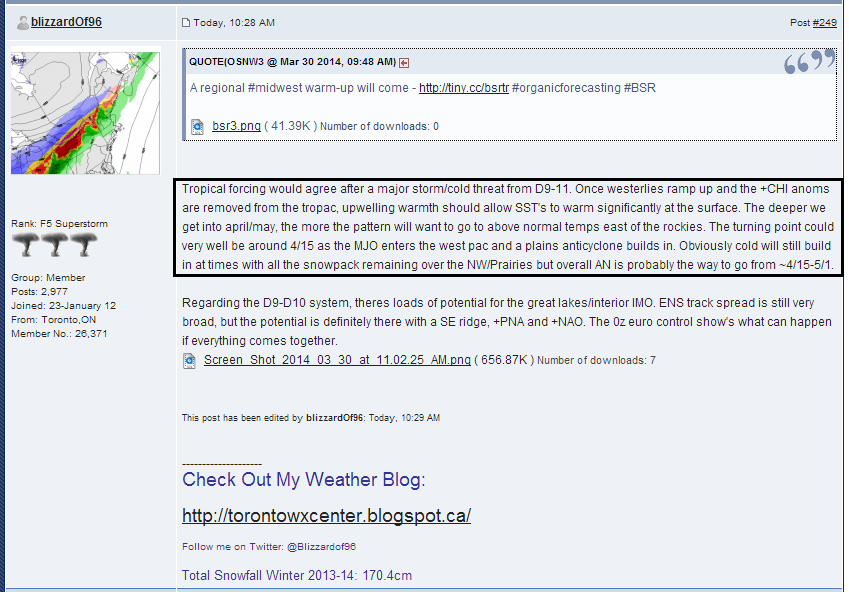 His response mused me into responding. My response is below.

In regard with the long-term ISO, late April should be watched for another cold intrusion. However, with the jet transitioning northward, I am not against departures coming in less dramatic. Take a similar jet position, in a similar transition (to winter, instead of summer), the first half of November the midwest was riddled with short lived ridges. 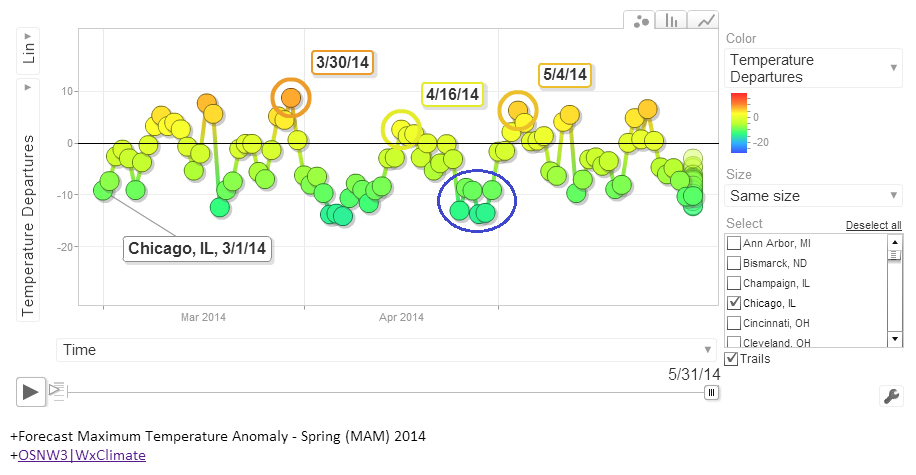 It is the short-term ISO that will pick up on this soon, shall the Rossby recur in such a way.

If there are any questions, comments, or suggestions on the material presented please let me know. Thanks for reading!

The patterns are cycling but the season they recur in is likely the missing feedback in the Trend. I am seeking to eliminate this seasonal hiccup. An accurate dominant harmonic correlation must be integrated into the formula. The short-term ISO may allow the trend to latch onto seasonal change and produce a more accurate projection. Testing out a new formula to calculate a dominant harmonic correlation, a recent analysis produced a short-term ISO of 18 days. This number led me to potential analogs at specific harmonics.

The primary and second harmonic were the most dominant as there wasn't regional consistency in positive correlation past 40 days (see above images). I chose the second harmonic. Give or take a couple days, 36 days away from mid March was early/mid February. I knew that back on Feb 20 (see tweet below) the atmospheric setup produced a severe weather event that had recurred on two separate occasions in the long-term cycle.

Primary harmonic ~18. Seeing good correlation in the 2nd harmonic. Could this be recurring at the end of March? #ISO pic.twitter.com/pEXlv49uyQ
— Josh Herman (@OSNW3) March 17, 2014

Just saying. See image. The potential power of knowing the #ISO and the recurring #Rossby it produces. @OSNW3 pic.twitter.com/awCkrgH7bG 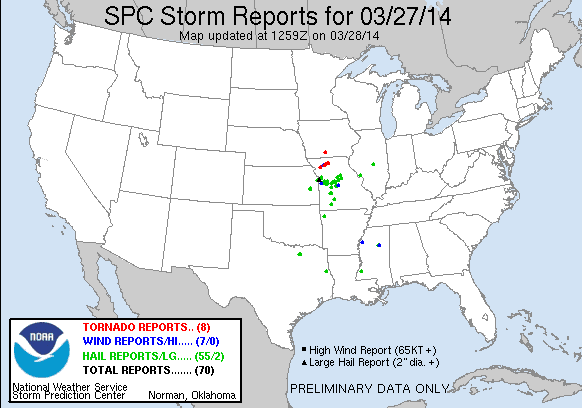 The above observation is over a week old and the dominant ISO components have evolved. Below is the Mar 26 run. More to come.

If there are any questions, comments, or suggestions on the material presented please let me know. Thanks for reading! More to come.
Posted by Josh Herman at 8:20 AM No comments: